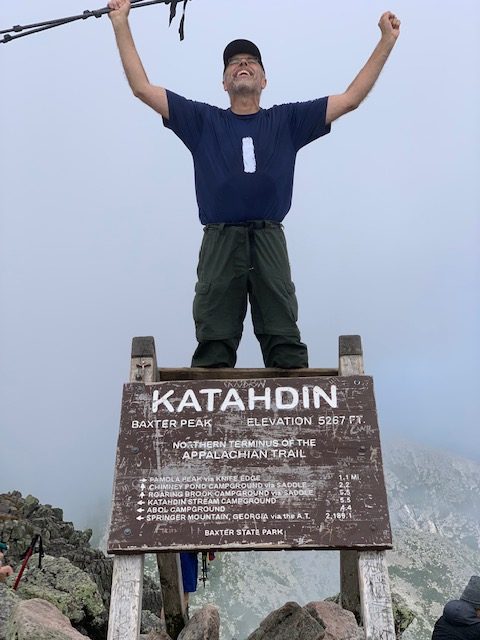 Most hikers have heard of the Appalachian Trail – often referred to as the “AT.” The Appalachian Trail is the grand lady of the east, traversing 14 states and approximately 2,192 miles from Springer Mountain, Georgia to Mount Katahdin, Maine.
It is also one of the most popular trails; according to the Appalachian Trail organization, an estimated 2 to 3 million hike parts of the trail each year with thousands attempting the whole trail thus earning the title of a “thru-hiker.”
Hiking the entire trail at once means dedicating an average five to six months and of course, giving up everything else in one’s life. And not everyone can – or want to – dedicate that amount of time. But that doesn’t mean they can’t accomplish the whole trail. Many hike sections of the trail at a time – earning the appropriate title of section hikers – taking years to log the whole 2,100 some odd miles. Section hikers are still eligible for the 2,000-miler club, an honorable recognition.

Doug MacPhail of Pittsburgh just joined the club in August. 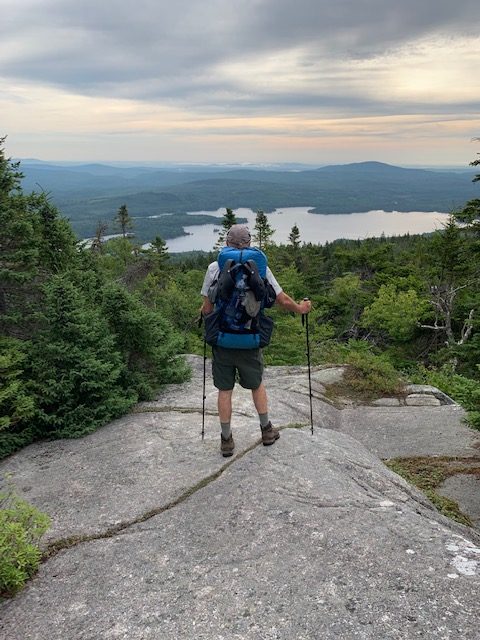 Doug was introduced to the AT in 2007 when a friend invited him and another friend for a four-day trip to see the wild ponies in Grayson Highlands in the Mt. Rodgers area of Southern, VA, an area that the AT passes through. That friend, John Tonti, from Columbus, had been a thru hiker of the AT in 2000.

“This got me hooked on the AT. I subsequently planned annual section hiking trips to various states and recorded my mileage and locations,” Doug said. 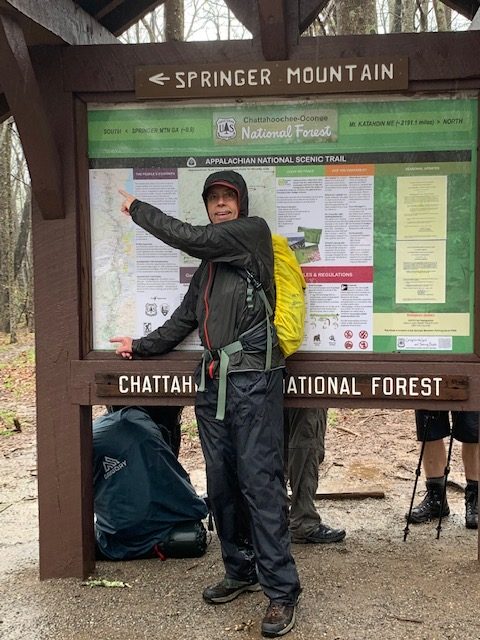 Over the years, Doug’s group of fellow hikers who joined him for section hikes has grown. Many were friends from the Pittsburgh area who would hike with Doug throughout the year, many training for the Rachel Carson Trails Conservancy Challenge, a 35 plus mile day hike held in late June. Doug has hiked the Challenge 15 times.

“I enjoyed being the planner behind the t 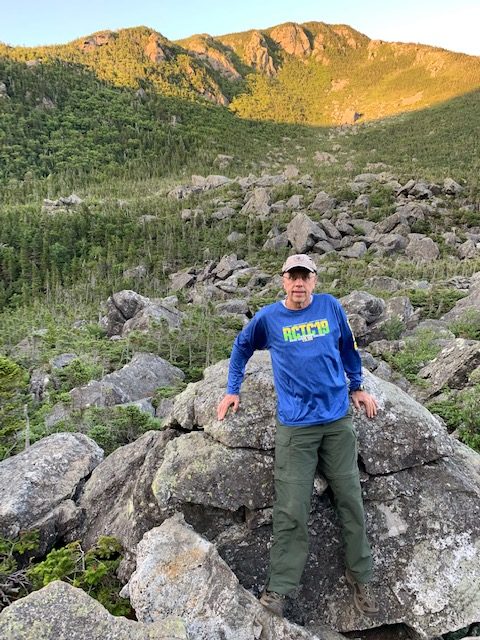 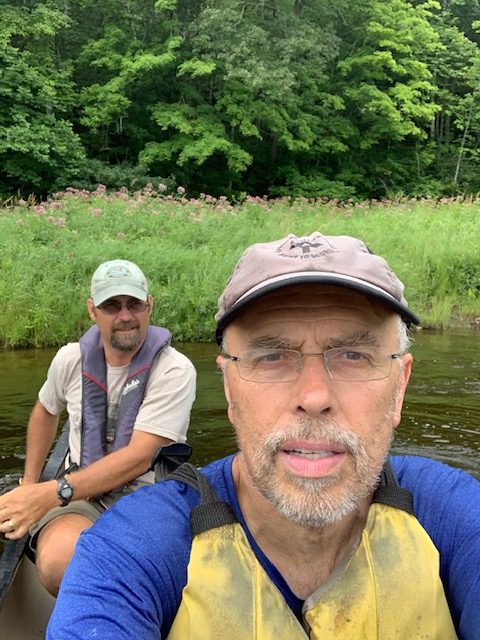 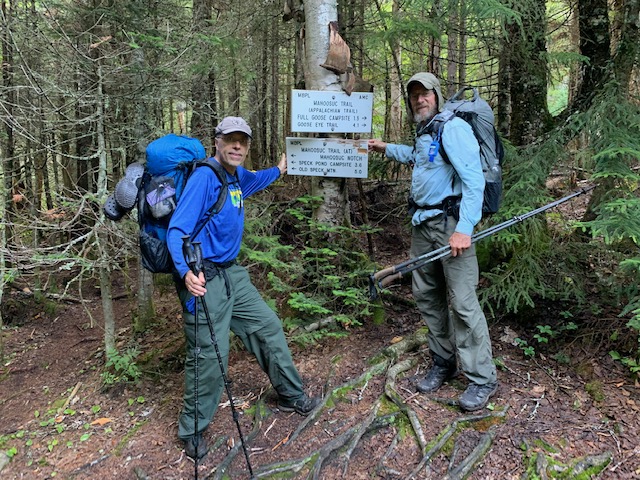 rips, usually one in the Spring down South, and one in the North in the Fall. We all enjoyed the camaraderie, hiking and scenery. I tried to keep the cost low (no airfare!) and interesting, all along, working toward my ultimate goal of finishing. Usually 100 miles per week,” he said.

Twelve years is a long time to pursue the 2,000 club, but it was only on the last stretch that Doug felt like throwing in the towel.

“I only felt like calling it quits recently, in Maine, with the incredibly challenging terrain,” he said.

This year, Doug started his final challenge hiking with Kevin Guilfoyle, who is a 2019 thru hiker. The pair hiked together in April in Georgia and North Carolina, then finishing the trail in August.

“We finished together. Without his friendship and support, I may have quit! It was that arduous,” Doug said.

In 12 years, equipment has improved and evolved. This year, Doug treated himself to a new lighter tent and backpack to lighten his load. And of course, new shoes over the years.

What was the hardest part of the AT challenge?

“New Hampshire and Maine were by far the most difficult. They say, when you reach NH and Maine, you have completed 80% of the miles but have 80% of the work remaining. It is true. It is half hiking, half mountaineering (boulder / rock scrambling),” he said.

Of course, it was exciting for Doug to finish the AT.

“It felt great reaching the Northern Terminus sign atop Mt Katahdin, however, we still had to climb down 4,000 feet. I was quite glad when it was over. I don’t wish to see a white blaze for a while,” he said. 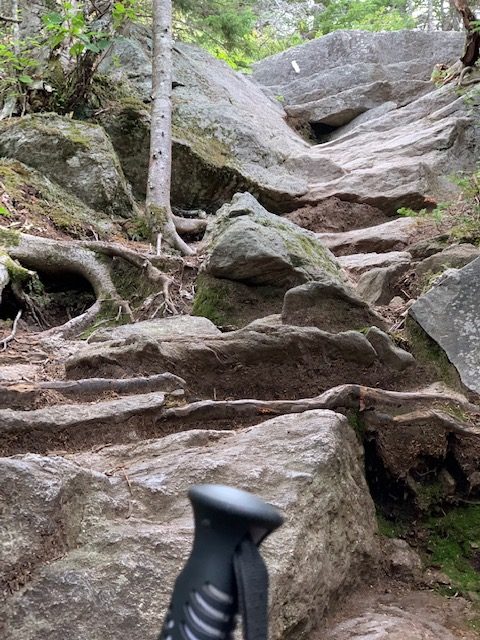 Doug joked, “My trail name – everyone on the AT has one- is Captain Ahab, and my Moby Dick was the trail. However, in the novel, Moby Dick won (Ahab perished). This time Captain Ahab was victorious,” he said.

Doug, 66, encourages other “older” hikers to drive a few hours – the AT is within a few hours’ drive for millions in the U.S. – to hike on the trail.

“It is a National Treasure and historic,” he said.

The Rachel is on Doug’s horizon for next June and he has already rejoined his weekly hiking group, but as far as other “big” adventures, Doug jokes that he will “Sit on my sofa and watch mindless television.”

For more information on section hiking:https://sectionhiker.com/how-section-hike-appalachian-trail-faq/

More information on the trail itself is available at:
http://www.appalachiantrail.org/home/explore-the-trail/thru-hiking/faqs?gclid=EAIaIQobChMIpoDMqdvX5AIVhL7ICh36XQ3GEAAYASAAEgIR7PD_BwE

Receive our latest posts by email!